Glissant offers us a radical spatial politics that harnesses creative energy and the entanglements of world-wide relation engages the difficult project of honoring our collective inter-human lands without the mandate for conquest, without territorialization (Glissant, 1997, p 50, 31). So my ease unraveled into a terrible discursive burden with this old and aging book I wrote but have not read and a subtitle that erases black poetics. I have begun to forget parts of the book and in this have had to face the parts that are unforgettable. The auction blocks, for me, demand a kind of brutal unforgetting. An excellent article by Elena J. Kim in Cultural Anthropology on the ontologies of the landmine:

I depart from these melancholic and abject framings by attending to the posthuman performativity of mines as actants in human-nonhuman networks, in which the material-affective relations of mines and humans prove to be volatile and even counterintuitive. Humanitarian and postcolonial analyses that trace histories of mines as “imperial debris” (Stoler 2008) of U.S. empire and its “slow violence” (Nixon 2011) are certainly not to be discounted. Villagers who live among mines see their own experiences in this light, linking everyday anxieties and mine deaths to U.S. empire and unending war. Yet, theoretically and politically, this constitutes only part of the story and, as I will argue, reduces the politics of mines to one in which mines act as proxies of state violence to which local residents are passively subjected.

(…)indispensable, not just for Bourdieu scholars, but for anyone interested in social theory and questions of state power, legitimacy, authority, and privilege.

Instead of simply trying to silence a voice they found objectionable, the students opposing Rice’s forum raised relevant issues about the selection process and proposed an alternative debate forum that could have provided for critical engagement. – Charles G Häberl in The Philadelphia Inquirer

“The University of Houston, which increased tuition this year, paid $166,000 to bring Matthew McConaughey to speak last spring, including $9,500 for his airfare.

“The University of Texas at Austin paid a $3,300 hotel bill last year for Darren Walker, president of the Ford Foundation. The bill included two nights at a Four Seasons Hotel and $450 in charges from the hotel spa.” via (emphasis added)

…yet another case of the powerful protecting the powerful, and to add insult to injury, the investigation only came up with a “misuse of university stationary.”

& there’s a lot more to peruse in today’s Sunday reading at TNI.… 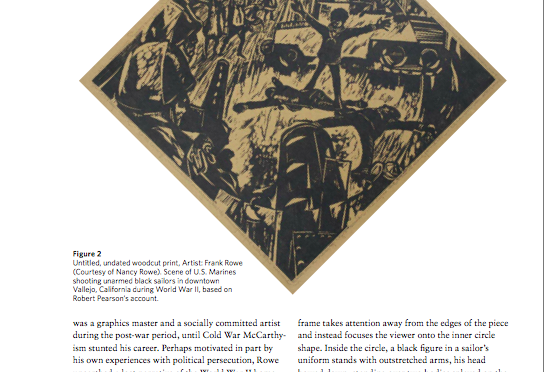 I wanted to give a quick heads-up that, at long last, one of my articles that took forever to publish has been released. This article reflects some of the work in my dissertation and book project, albeit much strengthened through the publishing process. I hope some of you can find it useful in your classes or research. I’d also like to think it’s an interesting story in its own right, even if not directly related to what you do! Not many people know that this uprising took place, or what it meant for anti-segregation struggles in the Bay Area during WWII (the subject of my book ms). The article was published in Landscape Journal, which I am very happy about. Although it took a long time, they did invaluable editing work and I received very helpful anonymous peer review comments. If you don’t have an institutional access, email me and I can send a PDF.